The relationship between Champagne Pol Roger and Sir Winston Churchill dates back to a providential meeting at a luncheon given by the British Ambassador to France some months after the liberation of Paris at which the sumptuous 1928 vintage of Pol Roger was served. Attending the lunch was the beautiful Odette Pol Roger as well as the Prime Minister, Winston Churchill, with whom she struck up an instant rapport. A friendship was born which continued until Churchill’s death, creating links between the Pol Roger and Churchill families which are still as strong to this day.  The pressures of his post sadly prevented Churchill ever paying a visit to 44 Avenue de Champagne, the home of Champagne Pol Roger, but he nonetheless proclaimed it “the most drinkable address in the world”.  As recompense for breaking his promise to visit he sent Odette a copy of his Memoirs inscribed “Cuvée de Réserve, mise en bouteille au Chateau de Chartwell”. He even named one of his racehorses “Pol Roger” and the filly strode to victory at Kempton Park in 1953, Coronation Year.

The Story of the Vintage

On the whole winter was mild and dry, although there was a cold snap at the beginning of February. Following cool and rainy weather in early spring, unseasonal warm weather prevailed in late March, favouring an advanced budbreak. This was followed in turn by rain, mild weather and five spells of frost in April and May, of which two gave cause for concern.
Furthermore, some vineyards were hit by hail on a number of occasions. These climatic challenges made for great variation in the development of the grapes. Hot, sunny weather from late July through to the first days of September, ensured that the grapes reached an ideal maturity. The yields were low, but the grapes were in excellent health. Harvesting lasted from 10th to 26th September. The 2012 crop showed a potential average alcohol content of 10.6° and a total acidity of 7.8 g/L H2SO4. 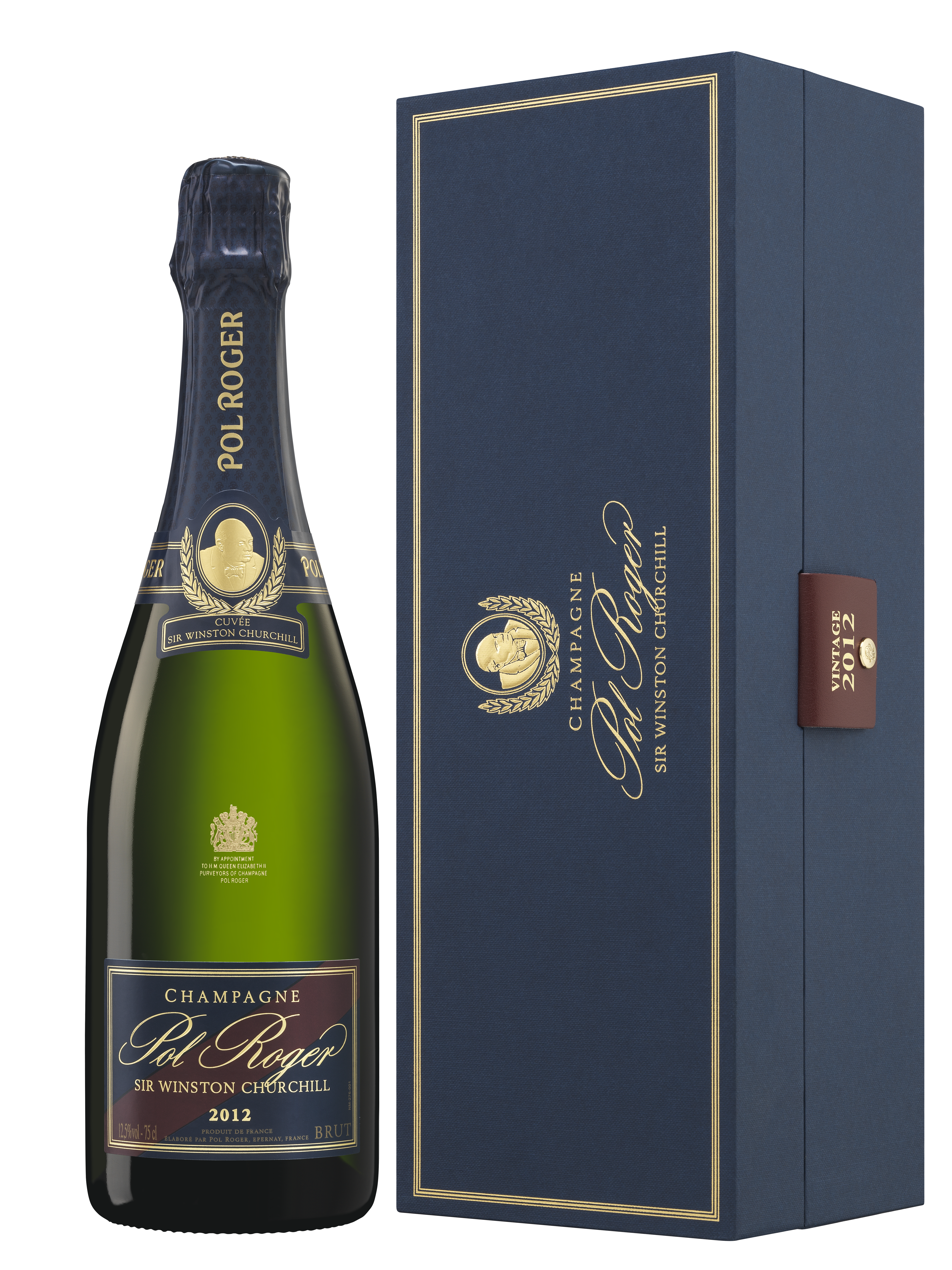 The must undergoes two débourbages (settlings), one at the press house immediately after pressing and the second, a débourbage à froid, in stainless steel tanks at 6°C over a 24 hour period. A slow cool fermentation with the temperature kept under 18°C takes place in stainless steel, with each variety and each village kept separate until final blending. The wine undergoes a full malolactic fermentation, and is matured for eight years on the lees. Secondary fermentation takes place in bottle at 9°C in the deepest Pol Roger cellars (33 metres below street level) where the wine is kept until it undergoes remuage (riddling) by hand, a rarity in Champagne nowadays. The very fine and persistent mousse for which Pol Roger is renowned owes much to these deep, cool and damp cellars.

Champagne Pol Roger created their Prestige Cuvée in homage to Sir Winston Churchill mindful of the qualities that he sought in his Champagne: robustness, a full-bodied character and relative maturity. The exact blend is a closely guarded family secret but it is undeniable that the composition would meet with the approval of the man to whom it is dedicated : “My tastes are simple: I am easily satisfied with the best”.

Pinot Noir predominates, providing structure, breadth and robustness whilst Chardonnay contributes elegance, finesse and subtlety. Composed exclusively of grapes sourced from Grand Cru Pinot Noir and Chardonnay vineyards which were already under vine during Churchill’s lifetime. Cuvée Sir Winston Churchill is only made in the very best vintages, and is always released later than the other vintage dated Champagnes from Pol Roger, marking Churchill’s appreciation for older wines.

The wine has an inviting, bright golden hue and a fine, regular stream of bubbles. At first, the nose exudes subtle hints of brioche and sweet spice combining with citrus flavours and floral fragrances. As the wine warms in the glass, it becomes more powerful and the nose develops complex nuances of toasted nuts, acacia blossom and honeycomb. The palate is round and creamy supported by notes of fresh fruit. The structure is opulent, underpinned by fabulous balance. The finish is long and powerful. 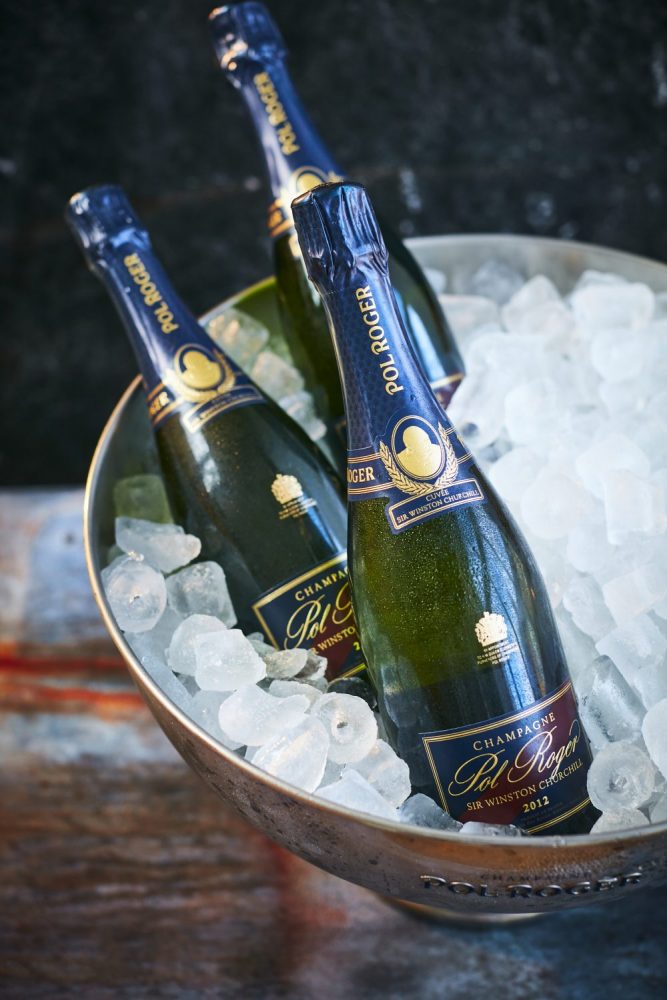 Delight in every moment.